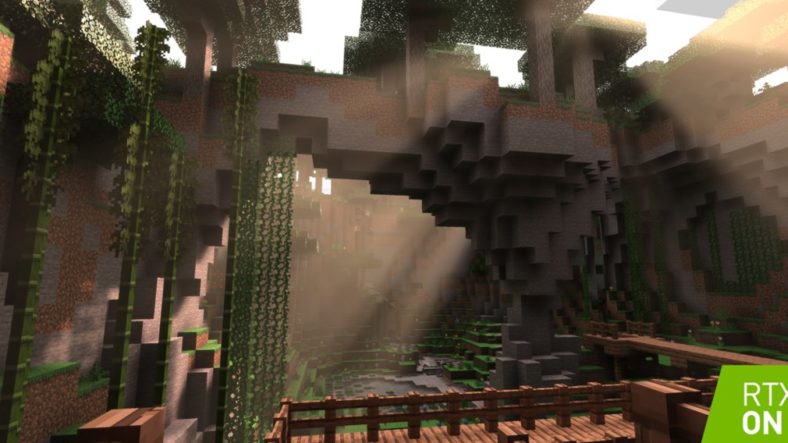 Minecraft fans are getting some pretty great news. According to the latest reports coming from Business Insider, Microsoft revealed that the company is adding Nvidia’s RTX “ray tracing” technology to “Minecraft,” which is one of the most popular video games in the world.

Nvidia’s ray tracing tech is designed to make games look great by stimulating the path of light traveling from a light source in the game, such as a fire, light bulb, or the sun.

This will be able to be realized more accurately than conventional video game lighting.

This announcement only relates to the PC version “Minecraft” since Nvidia’s ray tracing tech is only available on Nvidia GeForce RTX grap[hics cards that are designed for PC.

The creative director of Minecraft, Saxs Persson said that even Minecraft mods which you already know are an important aspect for the community of the game will, support Nvidia’s ray tracing.

It’s important to highlight the fact that the addition of ray tracing is probably one of the biggest updates that came to Minecraft’s graphics to date.

The online publication mentioned above nites that “To experience “Minecraft” with Nvidia’s ray tracing on PC, players would need to buy an Nvidia GeForce RTX graphics card, which starts at around $350 on its own.”

In other news, BBC has recently revealed that Minecraft ditched the Super Duper Graphics plan. The website notes that Mojang ended development on what was known as the Super Duper graphics pack for the game.

This graphics pack would have given the game realistic textures, lighting effects, and all-round better graphics.

BBC noted that the pack has proved “too technically demanding” so it has been ditched.