Home Comparison OnePlus 3T vs ZTE Nubia Z11 : What should you buy? 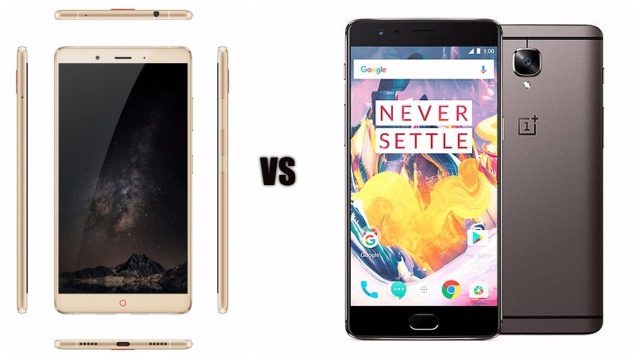 If you ask me what are two of the best budget flagship smartphones in India, my answer would definitely be, OnePlus 3T and Nubia Z11. Both the smartphones are identical in specifications except for the front facing camera, processor and battery.

It’s safe to say that both the smartphones OnePlus 3T and ZTE Nubia Z11 offers top notch performance and a premium design at a very affordable price.

Which one to buy?

It’s actually hard to choose one among the two, considering they have almost the same specs. But, we would like to stick with OnePlus 3T as it has a better processor, a better front camera and a better battery.

If you have a different opinion about the smartphones, do let us know in the comments below.