Home Comparison Nokia Edge 2017 vs Sony Xperia XZ Will Nokia Redeem itself? Or is Sony still the Best Pick 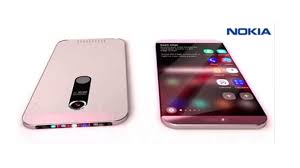 This year marks the date when the Finnish manufacturer decided to make a comeback in the smartphone industry. Right when 2017 Nokia 6 was launched and it was quite successful. That wasn’t enough for Nokia and decided to unveil its high-end Nokia Edge during the Mobile World Congress. The smartphone looks very good on the paper, but there’s a problem though. Nokia Edge will be competing against Sony’s highly popular Xperia XZ.

Today we’re going to compare the two smartphones against each other in the display and hardware power departments. This way, we will be able to see how well Nokia’s flagship smartphone fares against Sony’s Premium Xperia XZ.

The Finnish manufacturer has equipped its smartphone with a 5.5 inch IPS LCD multi-touch panel. The display features a full HD pixel resolution of 1080 x 1920 and a pixel density of 401 ppi. Nokia Edge’s panel is able of perfectly displaying high quality pictures as a result of its full HD resolution. On the other hand, Sony Xperia XZ ships with a 5.2 inch HD IPS LCD panel. The display also brings the same full HD 1080 x 1920 pixel resolution and larger pixel density of 424 in comparison with Nokia Edge.

Leaving the display aside, the devices hardware performances is what matters the most. Owning a smartphone that’s capable of providing owners with stable performances has become quite necessary these days. Nonetheless, let’s take a look under Nokia Edge and Xperia XZ ‘s hoods and see what powers them.

Without any doubt, Nokia Edge is more than capable of taking on Sony Xperia XZ. Both smartphones are very impressive from a hardware performances point of view but surprisingly, Nokia Edge has the upper hand with its faster processor.