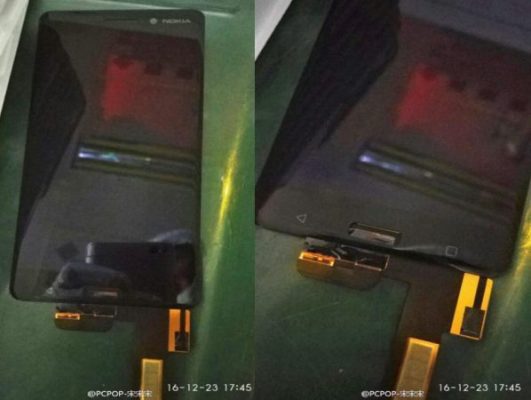 Today, we received another series of leaks on the upcoming Nokia Android phone, D1C. The leaks show off the front panel of the device. There’s a finger print scanner integrated on the front panel, which may also work as a home screen button. On either sides of the scanner, are the touch sensitive buttons – a back button and a multi-task button.