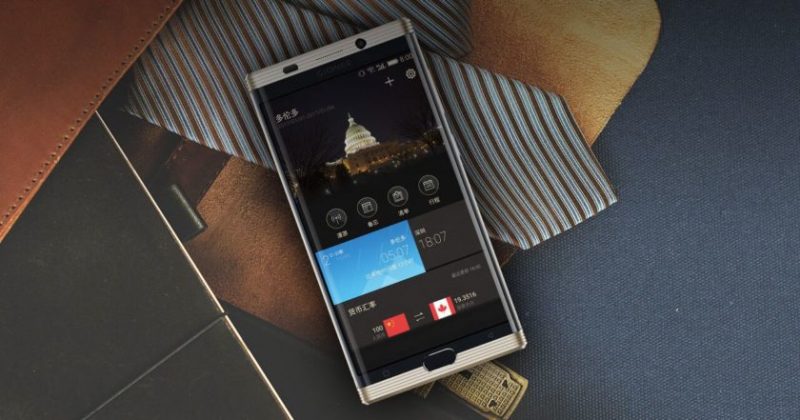 Yes, you read it right! Gionee has officially unveiled their smartphone named M2017 today. The best part about the smartphone is its battery. M2017 is backed by a massive 7000 mAh battery ( two 3500 mAh batteries ), which supports Qualcomm Quick Charge 3.0 through the USB-C Port.

The M2017 features a 5.7″ (2560 × 1440 pixels) QHD AMOLED display with curved edges on either side. There’s also a fingerprint sensor up front, capacitive navigation, all put into a very interesting design. It is powered by octa core Snapdragon 653 SoC, 6 GB RAM and 128/256GB internal storage. The premium phone, however, lacks the microSD card slot and the 3.5 mm headphone jack as well.

Like all the Chinese manufacturers do these days, Gionee M2017 is going to be a China-exclusive device, atleast for now. The ordinary model will cost RMB 6,999 (US $1010), while the top one with an Italian custom alligator leather back will cost a whopping RMB 16,999 (US $2446).

Share your views on the smartphone in the comments below.