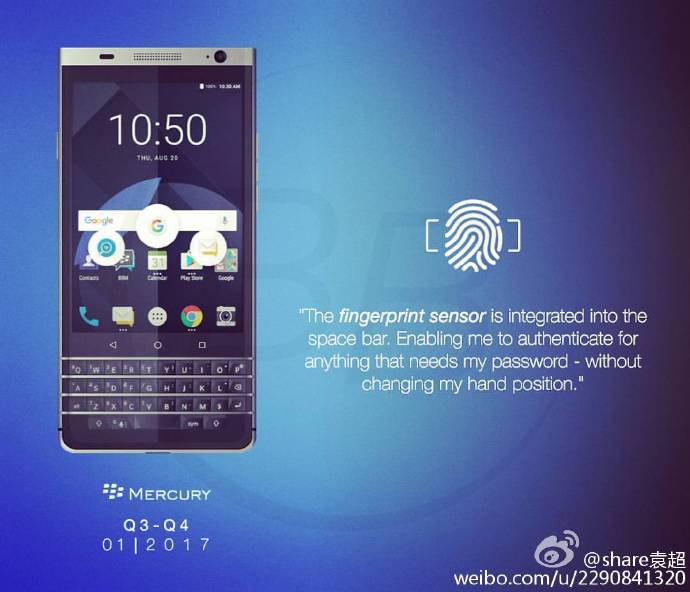 Alleged pictures of Blackberry Mercury had popped up two months ago on Geekbench and last month its existence was confirmed by the company CEO himself. A couple of pictures of the same smartphone was leaked today morning on a popular Chinese site, Weibo. Check out the pictures below : 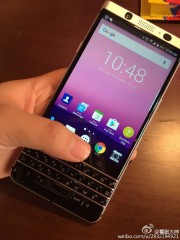 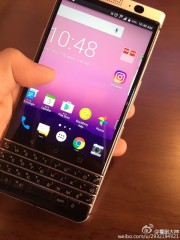 Based on the leaked images, Blackberry Mercury has blackberry’s classic QWERY keyboard at the bottom and a set of touch sensitive buttons above it. Alleged Specifications of the phone includes a 4.5″ AMOLED capacitive display, Qualcomm Snapdragon 821 chipset, 3GB RAM, and 32GB interal storage. It will allegedly run Android v7.0 Nougat out of the box. Also, a fingerprint sensor is integrated into the space bar to authenticate for anything that is password-protected.