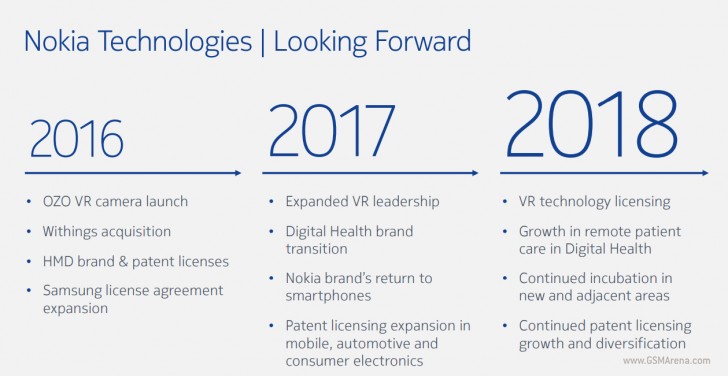 In case you couldn’t believe Nokia would step back into Smartphone business, we now have an official confirmation from the Finnish Company that should end any doubts about this. An official presentation reveals that the company’s return to the business will happen next year.

The presentation, released after Capital Markets Day 2016, does not reveal much more than that, as the timeline is likely not finalized yet but taking into account the big industry trade shows we could expect to hear more at MWC or IFA. The former is usually held in the first quarter of the year, while the latter  takes place in the third quarter.

As many of us already know, Nokia will not be manufacturing the phones by itself. Instead, HMD will manufacture the upcoming phones under Nokia brand. HMD has a ten-year exclusive agreement for using the Nokia brand on mobile phones, and it will pour a minimum of €500 million in marketing in the first three years in which it’s going to sell those handsets.