Home News Tank biathlon, one of the strangest sports in the world 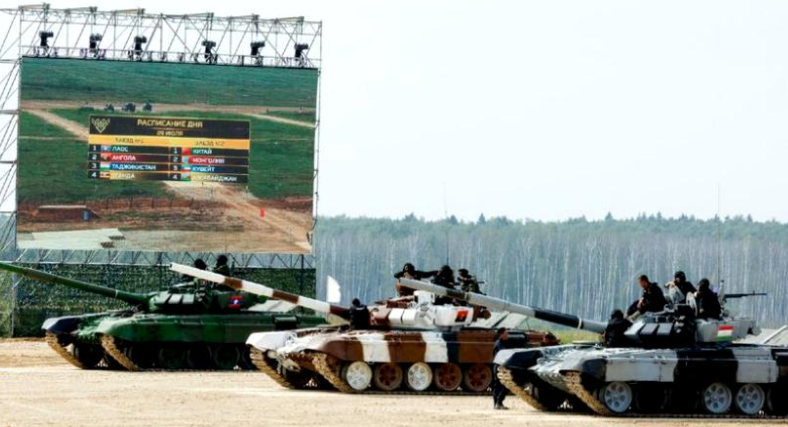 A tank biathlon competition is organized in Russia every year. Instead of skis and compressed air weapons, participants rely on tracks and cannons.

The vehicles go on an obstacle course and from time to time they stop in places specially designed to shoot at the target, just like in the Olympic sport.

The first competition took place in 2013, and since then the event has attracted participants from other countries who have good relations with Russia. Tank biathlon takes place during the Army Games, events in which Russia shows its “muscles”. In addition to biathlon, there are other less common competitions: precise landing for parachutists and confrontation between snipers who demonstrate their skills.

The biathlon takes place at the Alabino training ground near Moscow. At the end of the competition, a ballet of tanks is organized, which “dances” around each other.

The Americans refused the invitation to participate in biathlon

Special well-trained crews from Russia and other friendly countries, such as Pakistan, Qatar, Vietnam, Serbia or China, take part in the competition. The Russians also invited the Americans to participate in 2013 and 2017, but they refused, fearing, perhaps, that it was an attempt by which Moscow wanted to study the M1 Abrams tank.M1A2 Abrams

Teams must use a T-72 tank or a variation of it, such as the Indian Type 90 or the Chinese Type 96. Each team can have 22 members, including the tank’s three-man crew, coaches, mechanics and reserves.

How Vulnerable Are Startup App Companies to Cyber Attacks?