Home Mobile Phones OnePlus One, the original 2014 model, will receive an update to Android 10 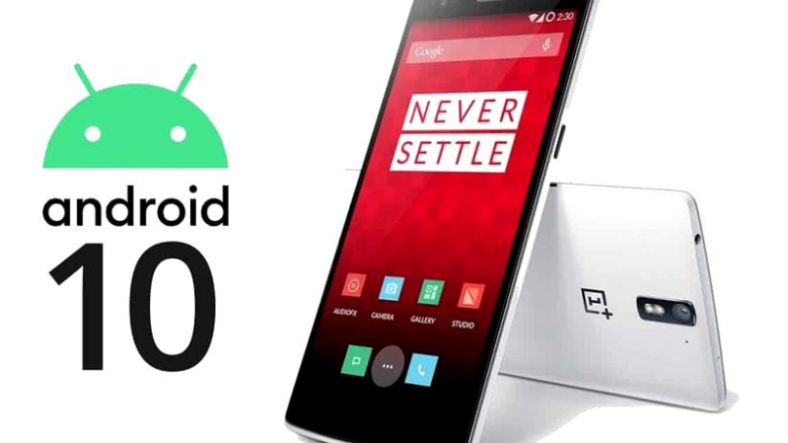 OnePlus One was a real blow to premium smartphone makers at launch. Not only did the Chinese startup offer the same top specifications as top companies like Samsung, LG or HTC, but it did so at an extremely low price, almost half the price of the competition, and it came with “clean” software. ”: CyanogenMod, a community-developed version of Android. However, One was left without official updates from OnePlus many years ago, but the successor to CyanogenMod, the LineageOS project, promises to offer this model on Android 10, 6 years after its launch.

The original OnePlus One can run Android 10, thanks to the LineageOS project

If there are a few things we remember about the OnePlus One so long after the launch, it is the term “flagship killer”, which is still used, the software without major customizations and last but not least, the invitation system. Not everyone could buy a OnePlus One whenever they wanted, but you had to get an invitation. These were offered on the basis of various contests or promotions, either on the official website or on various partner sites.

The fact that OnePlus One came with Cyanogen preinstalled suggested that users are encouraged to unlock, modify and reinstall the operating system at will. This ended once the partnership between OnePlus and Cyanogen ended, and OnePlus chose to develop its proprietary versions of Android: Oxygen and Hydrogen OS (for the International market and China).

LineageOS is the project that continues what CyanogenMod started many years ago and offers customized versions of Android for many very popular devices. OnePlus One was one of the models that never left the list of models with official support, being still a community that develops software for it.

LineageOS 17.1 version, based on Android 10 is scheduled to appear soon. It will be listed on the dedicated OnePlus One page on the project website and will include installation instructions. By the way, LineageOS 16 is already available for this model, based on Android 9. If you still have a OnePlus One that you don’t use as your main phone, maybe it’s worth playing with the newer software versions, to see what it can do in continue to make a phone call from 2014 to 2020.