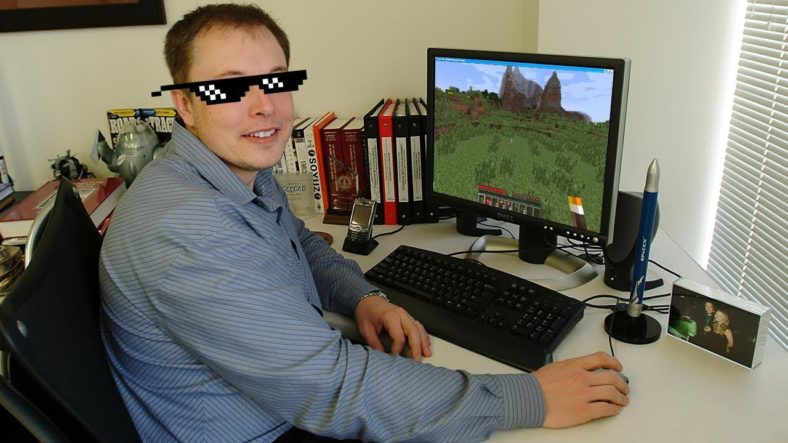 As you probably know so far, Minecraft has been around for many years, but the dedicated community and forums seem to be thriving today as well.

Gamers and Minecraft enthusiasts have been trying their best to build more and more innovative things in their Minecraft worlds.

On the other hand, casualplayrs are only trying hard to mine diamonds, but it’s also worth mentioning that some build images using blocks as pixels, some create complex mechanisms or even functional calculators with the aid of Redstone.

It’s not too far-fetched to say that overall, the only limit to what can be built in Minecraft seems to be your imagination.

The game has ports on almost every platform that you can think of. But it seems that even so there’s still room for another, a more unconventional platform – the Tesla vehicles.

Musk tweeted the announcement as a response to a user on Twitter.

We’re working on it. Agreed, Minecraft is high priority. Roblox too.

More than that, Musk says it’s a high priority, alongside Roblox.

Tesla vehicles all feature large displays from which you can control pretty much of the car’s functions.

Tesla has been adding games gradually

Tesla has been gradually adding games to its built-in computers for a few months now.

These games include some Atari titles, Beach Buggy Racing 2, and even chess.

The online publication also makes sure to highlight one essential thing: the games are only meant to be played while the car is at rest.

This is pretty exciting news for Minecraft enthusiasts, even though we’re not pretty sure how many of our readers own a Tesla these days, but nonetheless, it’s still great news for the game itself.