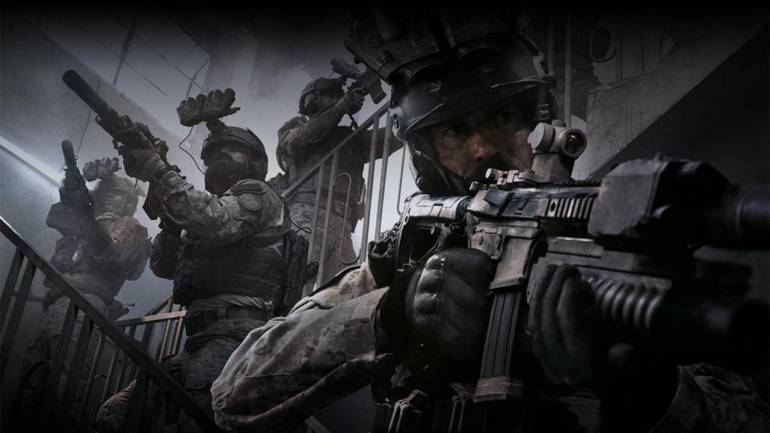 Call of Duty: Modern Warfare is getting a new mode called Gunfight and there is a 5 minute 4K gameplay video available to watch. In the mode, players are placed on a small map to battle arena style in a 2v2 scenario.

Players need to hurry along to defeat one another because the mode has a 40-second timer that activates at the start of the round. Going into overtime means that a team needs to capture a designated objective on the map. Sometimes this means eliminating the other team anyways so that the objective can be captured.

In this mode, rounds tend to be very quick and the weapons teams receive are randomized. This is in opposition to the custom character classes that are more traditional in Call of Duty.

Gunfight was revealed by live streams on Twitch, showcasing the realities of the gameplay. This Call of Duty mode wants to incorporate elements of a more personal action style. As found in games like Mortal Kombat.

Very short rounds means players can go all out. With no major emphasis on winning or losing each round, the gameplay is made much more satisfying because every minute is packed with actions. This means that a player that only has 30 minutes or an hour to play the Call of Duty mode will get more bang for his time.

While watching the gameplay video you get a real feel of the environment. But funnily enough, time is what complete dictates how you perceive the experience and environment. Because players are so focused on killing each other as quickly as possible, everything else becomes a blur.

The gameplay footage somewhat catapults you to a Black Hawk Down scenario where you need to do or die. Charging enemies is a must in the game mode and using cover comes secondary as constant motion is needed for an offense. More focused players can use cover while moving around but having their scopes constantly on the lookout for the enemy.