Home Mobile Phones Nokia 3 and Nokia 5, Available for Pre-Order in the UK 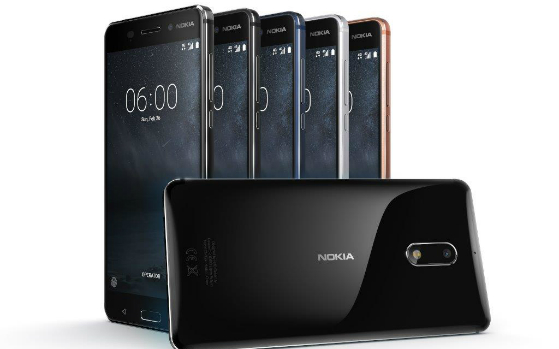 Soon enough, Nokia is going to release two of their Android smartphones in the UK. People there will have the chance to get their own Nokia 3 starting July 12 and they will have to pay £129.99. Meanwhile, the Nokia 5 device will be available starting July 19 and it will cost £179.99.

You can already start pre-ordering the devices on Amazon. For the Nokia 3 model, you can choose between blue and white color options, while the Nokia 5 comes in blue, black and silver. They are also available for pre-ordering on Clove, but they are a little bit more expensive there, costing £149.99 and £189.99.

However, we still have no official information as to the official release of the Nokia 6. There is no listing for this device available on Amazon or Clove, but many fans expect it to make an appearance in the online world soon enough.

Nokia 3 is the least powerful model in the entire series. It features a 5-inches HD display and it runs on a MediaTek 6737 CPU, paired with 2 GB RAM. You will enjoy 16 GB internal memory, which can be expanded with the help of a microSD card. The device comes with 2 8 MP cameras, both on the back and on the front. It runs on the latest OS, the Android Nougat, and a 2,650 mAh battery.

Meanwhile, the Nokia 5 offers a 5.2-inches HD Display and it runs on a Snapdragon 430 CPU. It comes together with 2 GB RAM and 16 GB expandable internal storage. Moreover, it brings a 3,000 mAh battery, which is definitely better than what Nokia 3 has to offer. The primary camera is a 13 MP one, while the selfie one is an 8 MP one. It also runs on Android Nougat, so it’s a reliable phone.