Home News HTC Vive Pro in Mirror with HTC Vive – What You See is What You Get?! 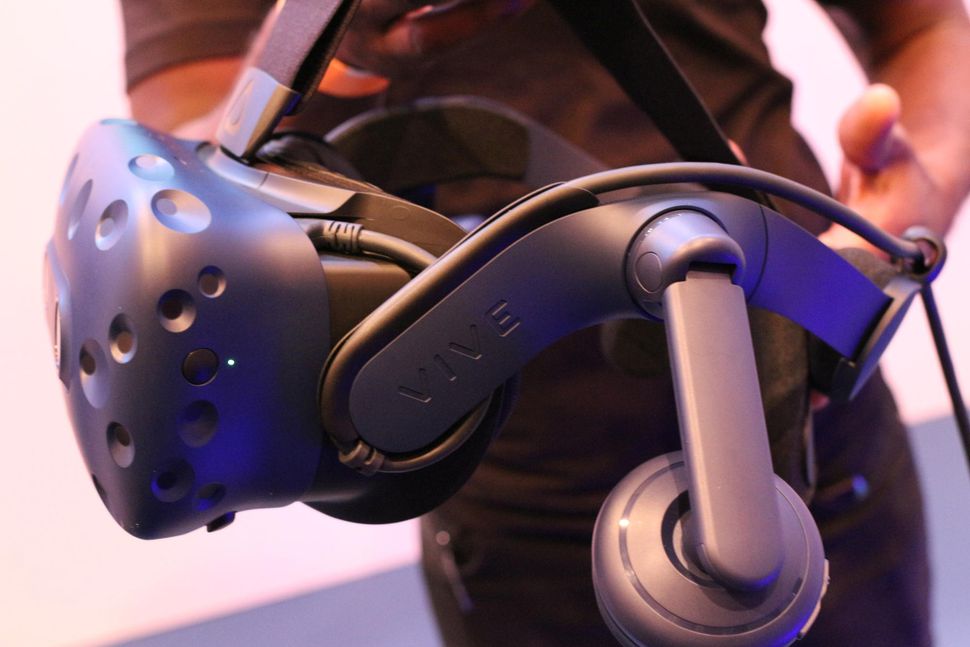 Way above his foregoer, HTC Vive, this new version is promising a couple of technology development

keypoint in matter of camera and display resolution and also in the audio hearing area.

Down below we are going to find exactly if the new model HTC Vive Pro is a stage above his old version brand brother.

Let’s find out together.

The main point that will capture your attention when looking at the new HTC Vive Pro will be the double surface camera, and the change of colour, from black to electric blue on this new version.

We can’t say that this new model is remaking everything, but we can say for sure, that it was made to bring a plus from every minus that his predecessor had in a matter of user usability.

You can see exactly the same contemporary dots design that include the sensors, which are the virtual reality creators.

In a matter of more comfort for using it, the HTC Vive Pro is offering in the package, what the HTC Vive had like an optional adding to it. The new headset secure strap includes high more comfortable three ways adjustable and secure velcro system, that can be adjusted for the back part in plus.

The changes came on with the new HTC Vive Pro in a matter of lightweight and functional design. That means that wearing and using it, will be a real pleasure when playing with it.

The most important highlights of the new HTC Vive PRO against the old HTC Vive is the advanced dual existing cameras, that will act like your own vision. They are developed the became an extension of your view, and this will make your game ambiance more friendly and real.

How does it looks 615ppi and 78% increase in resolution?

Offering this kind of change, the improvement made is huge. The accuracy in being in a game will be well noticed and also the captivation that the whole gaming environment using it.

Another plus can be considered the fact that HTC Vive Pro is not ensuring a 4K resolution. That means that the product can be available for a lot more gamers that don’t have for now really expensive game means.

The upgrade was made in regarding the audio high-end quality. Comparing with the fact that for the HTC Vive you needed to use your own headsets connected by a 3.5mm jack, the HTC Vive Pro features built-in ones.

I don’t think that is any need to say that this style upgrade means that no more cables will be involved in the gaming captivation.

The HTC Vive Pro incorporates elite earphones with an implicit speaker that conveys a prevalent sound ordeal including an “increased feeling of quality” and better dimensional sound.

It is easy-peasy to use

That just means hypothetically that you can easily purchase the new device and it will work fine with the already owned base gaming station. That is because features the official remote connector of HTC.

The playspace of the game will be extended to 10*10 meters.

HTC Vive Pro features a well appreciated change in the virtual experience encounter already in HTC. The new gadget comes with a huge string of satisfaction for the users comparing the old model. But the main upgrades were made redesigning the visual resolution and the key sound improvements.

The visual experience will be well immersed in an entirely new amazing environment which was already quite amazing till now.

The New HTC Vive Pro will be available for purchase this year, but for now, no prices were announced.