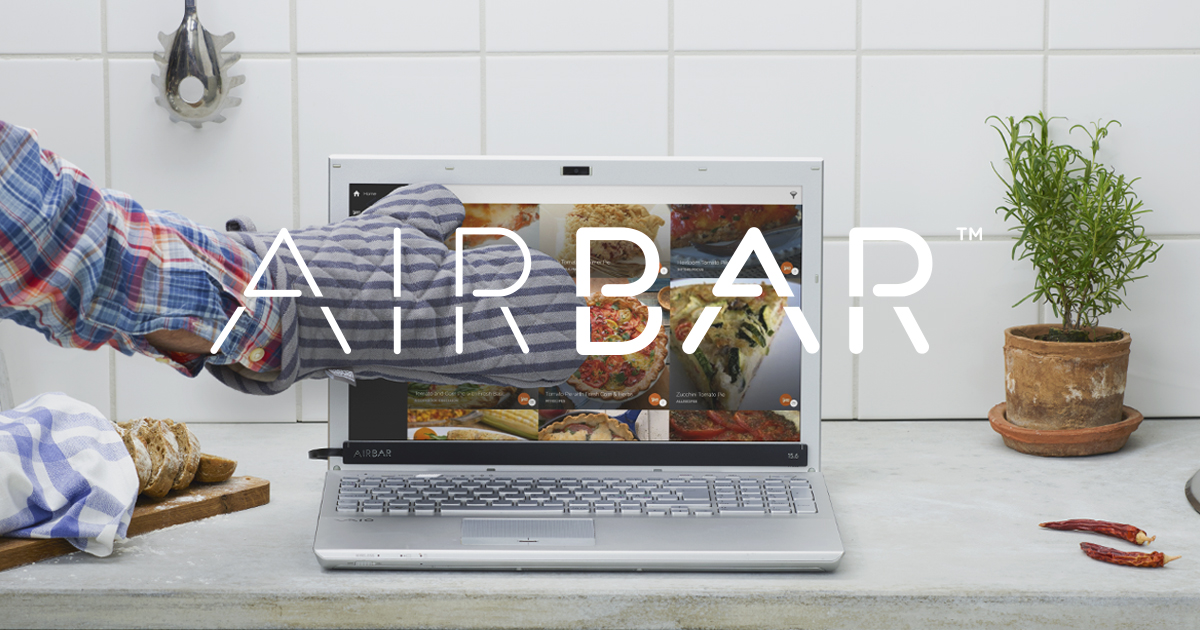 In case someone is wondering what’s an Airbar, well this device is going to completely change the way laptops and PCs are being used. The Airbar has been developed by Nenonde which is a company that specializes in manufacturing advanced optical sensors. What Airbar basically does is that it gives Chromebooks and PCs which use Windows 8 or 10 touch screen functionalities.

The reason why we’re talking about this innovative device today is because it has just been made available for pre-order on the US market. The device is compatible with almost all possible platforms from notebooks which run on Chromebook OS to PC desktops which run on Microsoft’s Windows. We think it’s pretty clear what the Airbar does and right now we’re going to over its design and how it works.

What really makes this gadget stand out from the rest is the fact that it ships with a sleek matte black design that can be magnetically attached to any laptop display. It’s very simple to use, in fact one of its key selling points is that it only requires a USB connection. Additionally, the device doesn’t affect the laptop’s battery power at all.

The Airbar uses another technology created by Neonode which is called zForce Air. This technology is used so that the Airbar is able to transmit an invisible light field over the laptop’s display. The light field is able to sense touches and not only the ones from fingers, but also from gloves or a paintbrush. The possibilities are endless from painting without having to use paint to flipping through a cookbook without removing the oven gloves.

Neonode’s Vice President Remo Behdasht stated that the only reason why they have developed this innovative gadget is because there is nothing else like it on the market. Also, because the only way for users to get touchscreen capabilities on their laptops is to pay extra amounts of cash. The Airbar can be found available in the 13.3, 14 and 15.6 inch variants and they all cost 69$. Nonetheless, we can be sure that Neonode will be generating huge amounts of profits because it’s a very fun gadget and also because it doesn’t have any competition.