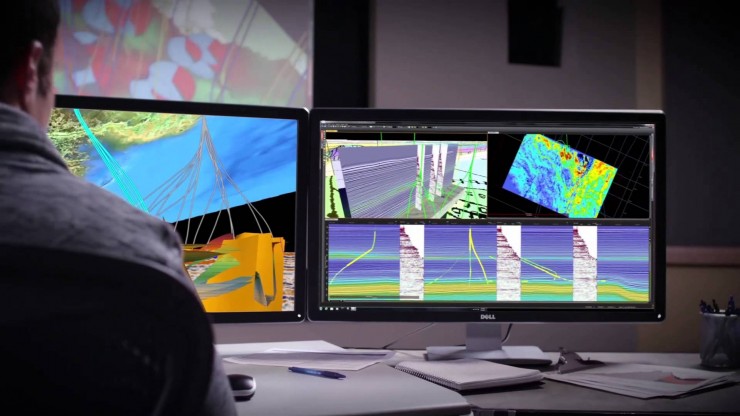 Not so long ago if you found yourself owning a full HD monitor you were considered lucky. In the last year 4K screens have become the go-to option when it comes to high-end gaming, transforming something which was impossible a few years ago to a necessity nowadays.

These monitors have four times the resolution of a full HD one which basically means that more pixels can be found crammed into the same area. The more pixels a monitor has the more detailed and crisp an image will appear. It is highly recommended that a 4K screen should have at least 27 inches to get the most out of it.

4K gaming is surely setting to become a staple in this industry as huge tech giants like Microsoft and Sony are developing devices which are made to destroy each boundary that a game has to offer with their PS4 Pro and the current Xbox Project Scorpio which is hid under the curtains. We’ve come up with a list of monitors which fit every budget and listed some of their specs to make you have a clear understanding on what they have to offer.

The LG UltraFine comes with two display variants of 27 and 21.5 inch displays and feature out of this world resolution. These monitors offer stunning picture quality offering a 5120 x 2880 resolution with a P3 wide color gamut. They come equipped with a built-in camera with one Thunderbolt 3 port paired with three USB Type-C hubs.

The monitor weighs 8.5 kg and has a built-in power supply which offers up to 85W over Thunderbolt 3 for charging.

This monitor from Asus comes sporting a 28 inch screen with a resolution of 3840 x 2160 based on TN panels which have a flicker-free backlight. The design will not impress everyone as it looks just like your basic monitor but they’ve opted to keep it simple especially because it comes at a price of just a bit over $400.

This device is an inch smaller than the Asus but its looks are virtually stunning with a curved stand that will attract a lot of customers. Its contrast ratio is fairly respectable and comes with a 1000:1 ratio with 300 units of brightness. It also comes equipped with two HDMI ports and a DisplayPort.

The Dell is just about a hundred dollars more than its direct competition but it is believed to be one of the best 4K monitors out there. It technically offers 5K resolution of 5,120 x 2880 pixels and its sharp color representation paired with speakers produced by Harman Kardon will surely attract a lot of fans.

This 4K display comes at a larger size and is believed to be a great choice when it comes to the professional market. It comes with advanced IPS technology which renders colors to the minutest detail with enhanced productivity as it provides over 300% of working space. It is fairly expensive as it can be bought for $800 and features HDMI, DVI and Display ports paired with five USB 3.0 ports.

Samsung’s monitor is just a thing of beauty to look at. It’s the largest in its sector as it comes sporting 32 inches and 8 million pixels at a resolution of 3840 x 2160. The monitor comes equipped with the latest picture by picture and picture in picture software and due to this it is capable of rendering 97% of the sRGB color gamut.