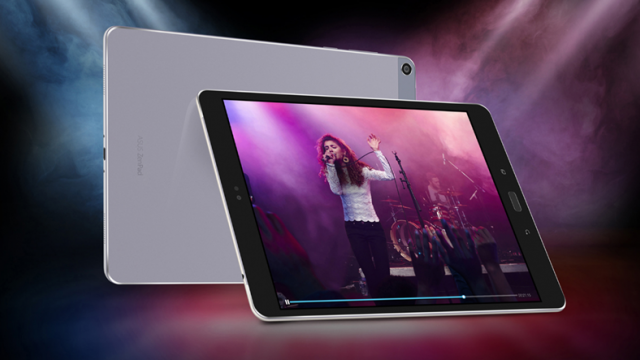 The Taiwanese tech manufacturer has been making waves in the tech industry all throughout 2016. Asus seems to be involved in all niches of the tech market from smartphones to tablets. Back in September during the pre-IFA 2016 Zenevolution event, Asus decided to take the market by storm and launch its highly anticipated ZenPad 3S 10 LTE tablet. The Android powered tablet comes with a bunch of improvements in comparison with its predecessor including LTE and 4G network support. Today we’re going to over ZenPad 3S 10 LTE’s display and hardware specs to see if it’s a good purchase.

Asus equipped the tablet with a 9.7 inch 2K IPS panel which has a resolution of 2048 x 1536 pixels and a pixel density of around 264 ppi. What makes the display stand out the most is the fact that it features Asus exclusive Visual Master technology and that it supports multi touch of up to ten fingers. Additionally, the display is fitted with some of the world’s smallest bezels which are only 5.32 mm.

The tablet is powered by Qualcomm’s highly powerful Snapdragon 650 hexa-core processor. The processor has two cores which clock at 2.1GHz and four other that clock at 1.7GHz. Also, the chipset has been coupled with 4GB of RAM and an Adreno 510 graphics processing unit. We think it’s safe to say that Asus’s tablet fits everyone’s needs in terms of hardware performance either being multi tasking or gaming purposes.

ZenPad 3s 10 LTE ships with 32GB of internal storage space. If customers are concerned over the small storage space they should know that Asus also provides its customers with 5GB of free cloud storage and 100GB of Google Drive space which lasts for two years. Regarding features, Asus installed Sonic Master 3.0 technology on the tablet and this feature provides users with high quality audio experiences. The tablet also ships with all the basic features such as gyroscope, accelerometer, e-compass and so on.

One of the tablet’s key selling points is that it features a huge 7,800 mAh battery that’s able to last for days on end. In fact, the battery has been tested and it lasts for 16 hours under heavy and mixed usage such as video streaming. Worth mentioning is that the battery supports Quick Charge 3.0 technology.