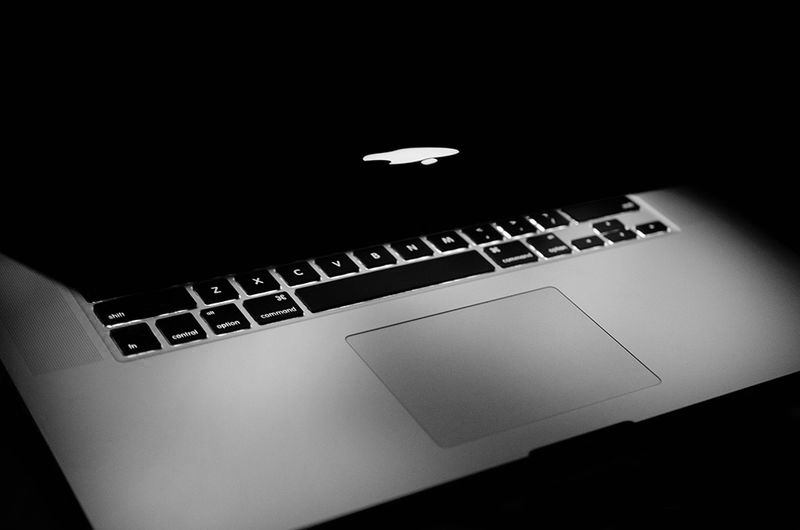 Apple’s keynote focused on the Mac and the company’s vision idea for the future of TV. New MacBook Pros are coming, including one that’s thinner than the Macbook Air, as is a new feature called the Touch Bar. The Touch Bar replaces the function keys and adjusts to the software a laptop is running. 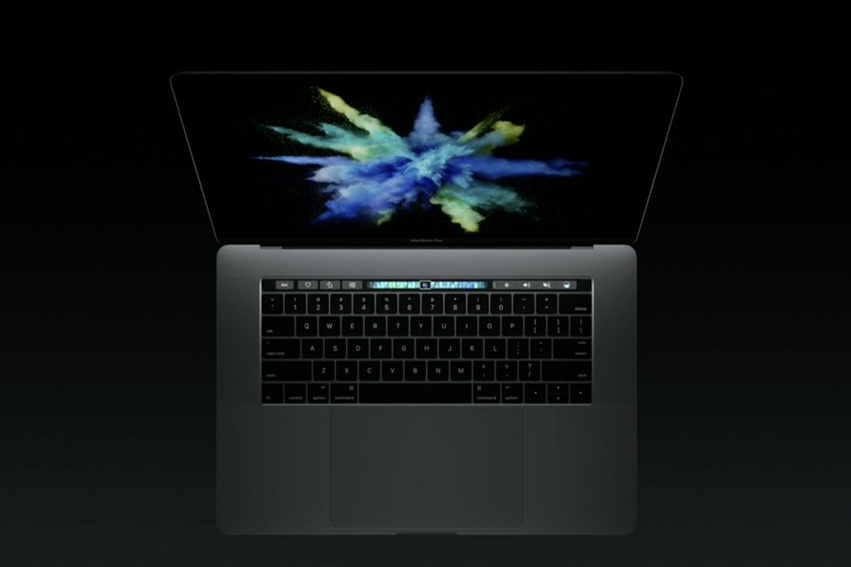 The MacBook Pro was definitely the star of the event, with its first major redesign since the introduction of the MacBook Pro with Retina Display in 2012. As previously leaked, the new MacBook Pro has made the function keys defunct with a OLED touch strip that Apple is calling the Touch Bar. 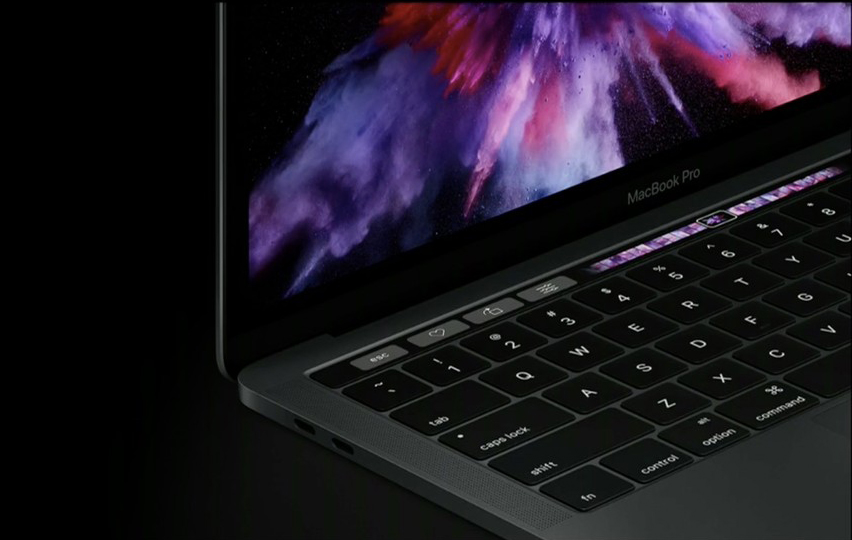 The Touch Bar was the event’s showstopper. The retina display bar replaces the keyboard’s function keys and responds to touch and gestures. It also changes with software, so if a user is in a web browser, the Touch Bar will bring up bookmarks, as well as the option to add a new tab, move between tabs, or navigate to a different website. In Photos, editing controls pop up, etc.

Users can control what defaults show up on their Touch Bar, including system controls, which can also be immediately accessed by holding down fn key on the keyboard. This features seems to be a alternative for the touch screen which is adopted by its competitors. 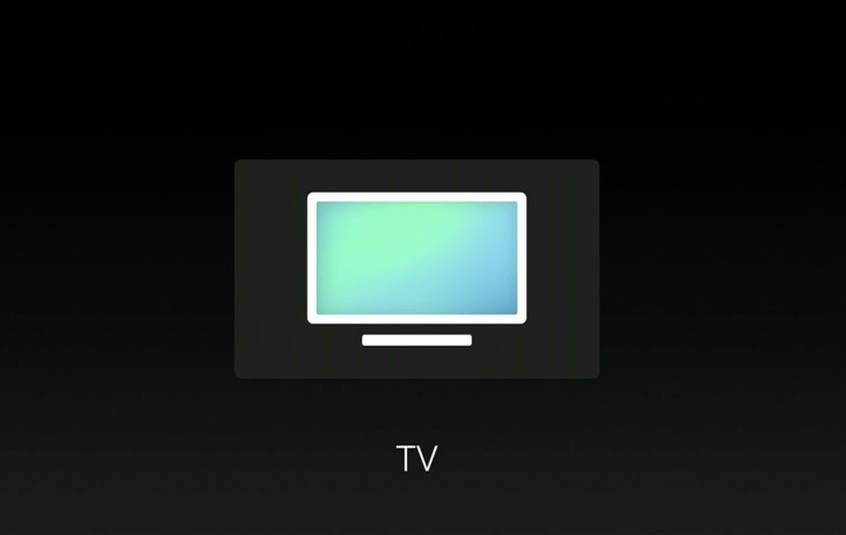 Apple announced that Minecraft would be making its way to the set top box. The company also talked about its desire to make the Apple TV the single destination for all of your TV content, which it’s doing with its new TV app, a new unified hub for content across all the various apps you have installed. The TV app also utilizes a single sign on method, automatically signing you into new applications as you add them to the device. The TV app will also available for iPhone and iPad as well, letting you access the same content with the same authentication across all your devices. 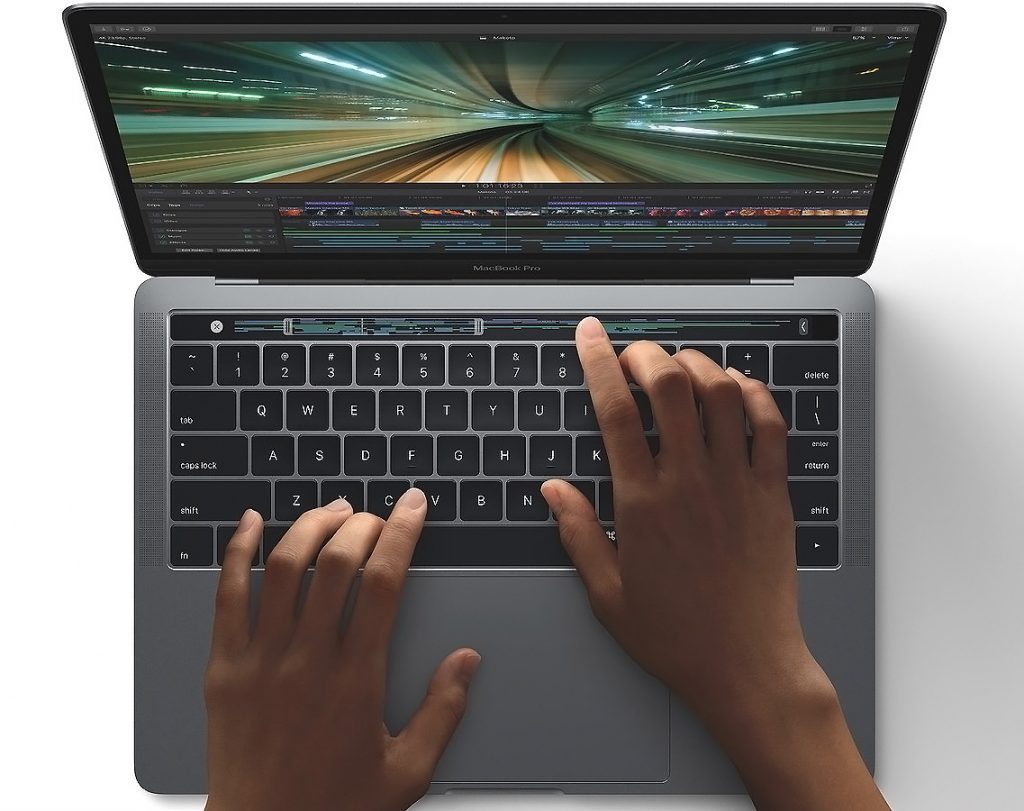 To go along with the MacBook Pro announcement, Apple has released a major update for its Final Cut Pro X professional video editing software, along with companion apps Motion and Compressor. The update brings support not only for the new Touch Bar on the MacBook Pro, but also the wide color displays.

LG built a 5K display specifically for the new Macbook Pro. Apple executive Phil Schiller called it the “ultimate docking station” because it can simultaneously display from the laptop while charging it. 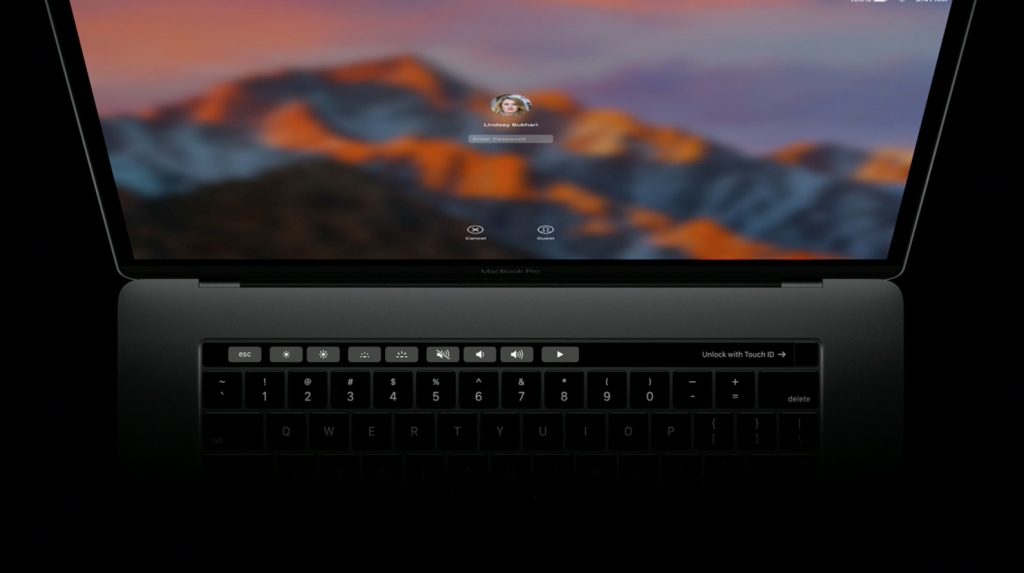 The Touch ID is built right into the power button. It uses the same faster second-gen Touch ID sensor from iPhone 6S / 7, and includes a new T1 chip with a local secure enclave for Apple Pay security. Touch ID also can be used for multi-user machines to quickly switch between accounts simply by tapping the button.