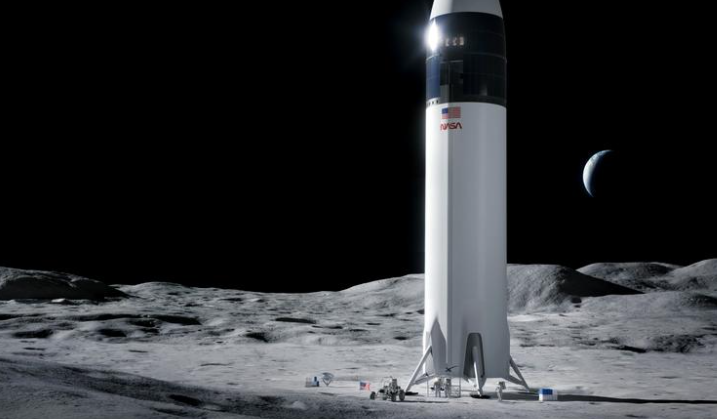 SpaceX, Elon Musk’s spacecraft company, has won a very important contract from NASA. After becoming the first company to offer astronaut transport on the International Space Station, SpaceX will also become the first private company to develop a vehicle to land on the moon.

Among the companies that bid for this contract was Blue Origin, the competing company of Jeff Bezos, CEO and founder of Amazon and the one who is constantly next to Elon Musk in the top billionaires in the world. The announcement that SpaceX won was made by NASA in a press conference, but experts are already skeptical about the choice made.

That’s because, unlike the 60’s and 70’s landing gear, SpaceX wants to send the Starship vehicle to the moon. The company has been testing Starship for several years now, in various stages of development, and the latest ones, which send the rocket into the air and then try to make it land upright, have proven to be more complicated than SpaceX researchers had hoped. The shuttle landed only once successfully, but a technical malfunction caused it to explode shortly after landing.

However, if Starship proves to be a functional vehicle, it could offer greater benefits than other companies’ solutions, as it is a vehicle that has several use cases planned, including trips to Mars. Starship is also a vehicle designed to be reused, as are Falcon 9 missiles and the Crew Dragon capsule.

Starship will be used for missions to the moon

The fact that SpaceX won this contract is surprising, as in the financing phase, NASA distributed almost one billion dollars to three companies to come up with solutions for landing. Of all, Blue Origin received most of these funds, $ 579 million, while Dynetics received $ 243 million. SpaceX received only $ 135 million in return. In fact, Blue Origin worked with Lochheed Martin, Northrop Grumman and Draper to make the Integrated Lander, which he presented to NASA last year.

However, after winning this contract, SpaceX receives $ 2.89 billion to carry out a demonstration of the landing of a Starship during an unmanned mission on board. The plan is for the first manned landing mission to take place in 2024, more than 50 years after the last such mission.