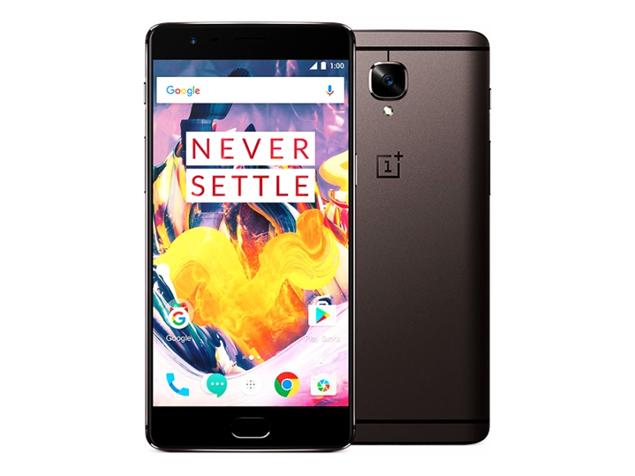 The smartphone market is being flooded with different smartphones from foreign companies every year. However, not all of them are successful.  Most foreign companies usually have one smartphone that gets popular but then they don’t manage to keep their customer base. However, there’s a Chinese tech manufacturer that keeps on seizing the market with its devices. We are talking about OnePlus and its amazing 3T smartphone.

OnePlus 3T is regarded as being one of most powerful smartphones ever made. The best thing about it though is that OnePlus somehow managed to equip it with premium hardware parts and a quite affordable price tag of $439. The smartphone has become so popular that it started stealing customers from the likes of Apple and Samsung therefore earning its “flagship killer” nickname. Today we’re going to take a more in depth look at what OnePlus 3T has to offer and see what’s causing all this fuss.

This might not surprise anyone but OnePlus 3T ships with a 5.5 inch panel. The reason we are saying this is because all Chinese smartphone manufacturers seem to believe that 5.5 inch panels are the recipe for success. Nonetheless, OnePlus 3T’s display uses Optic AMOLED technology and it offers a full HD pixel resolution of 1080 x 1920 and a pixel density of 401 ppi.

The most impressive part about OnePlus 3T is its chipset. The smartphone is powered by Qualcomm’s premium quad-core Snapdragon 821. The processor has been clocked at 2.35GHz and it is paired with an Adreno 530 graphics processing unit and the whopping amount of 6GB RAM. OnePlus 3T is fueled by a very large non-removable Li-Ion 3,400 mAh battery. The best thing about it though is the fact that it can charge up to 60 percent in just 30 minutes as a courtesy of Dash Charge.

Smartphones have become more camera centric along the years. OnePlus knew that too well and that’s why it decided to equip the smartphone with a 16MP camera on both the front and the rear side. There are some differences between the cameras though. The rear one has been packed with features such as f/2.0 aperture, autofocus, phase detection, optical image stabilization and LED flash.