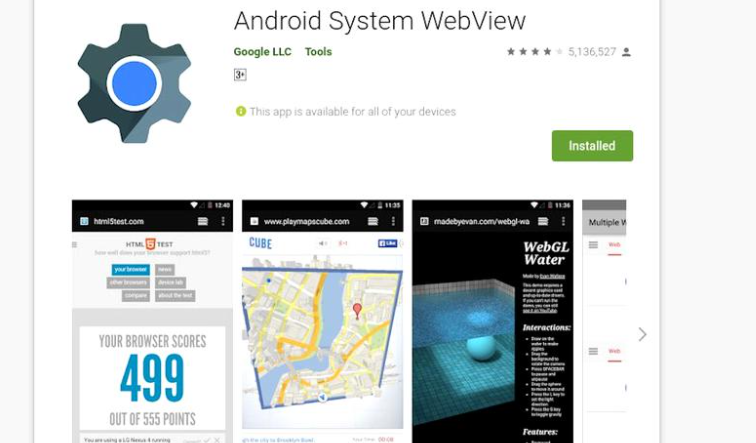 Since last month, some Android users have reported frequent and seemingly inexplicable crashes when using very popular applications, such as Gmail, Yahoo Mail and Google Chrome.

The source of the problems was eventually identified as the Android System WebView component, updated using experimental code that causes the incorrect display of web content in the affected applications, resulting in their blocking.

Although the reports target very popular applications such as Chrome and Gmail, many more applications were probably affected by the bug in the WebView component.

“Fixing the situation involves distributing updated binaries for Chrome and WebView; the new versions are already delivered through Google Play for automatic update or manual installation ”. According to Google, a new WebView update was available a day after the first crashes were reported. The Chrome browser also received an update immediately.

Although the issue has been resolved quickly, Google wants to ensure that this type of situation does not happen again. The company promises to implement measures to prevent future crashes in applications that use WebView.

The solutions found include faster distribution of WebView and Chrome updates to the Play Store, and implementation of a “safe mode” to restore WebView to the latest working version when problems are detected.