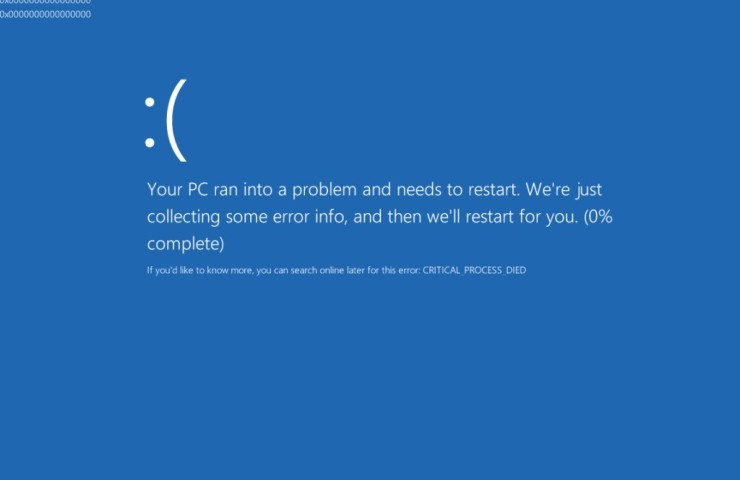 We think it’s safe to say that the most annoying Windows error is the BSOD (blue screen of death) one. This error has been around since the begging, starting with the first Windows edition. There are many issues that causes the Windows to pop up BSOD, but today we’re going to go over the one caused by the “critical process died” error. If there any readers that are being affected by this issues, they came to the right place.

As with most of the BSOD errors, this is mainly caused by a malfunctioning driver. When the “critical process died” appears it means that there’s a bad driver, a memory error and so on. Even though there are many issues that cause this error there are a few solutions that should fix this issue.

Fortunately, there are many software developers that are creating programs that have been designed to fix this type of issues. We are talking about repair tools and the best one is undoubtedly SFC Scanner. This software is able of taking care of all almost all Windows errors. SFC Scanner excels at repairing corrupted system files and even changed system files. Nonetheless, let’s jump in to the repairing process.

The highly annoying “critical process died” should now be gone. If the issues didn’t disappear, there’s another solution that users can try.

As previously mentioned, this BSOD is being caused by corrupted system files. This is why an antivirus software can be quite helpful. There are many antivirus software available but it’s up to users to select the one they might prefer.

If neither the SFC Scanner nor the antivirus work, there is always ReimagePlus. This is also a repair tool that will automatically scan and fix the Windows errors. The setup process is quite simple and users are required only to select the “Start Scan” and “Repair All” options. Additionally, this tool is free to use.