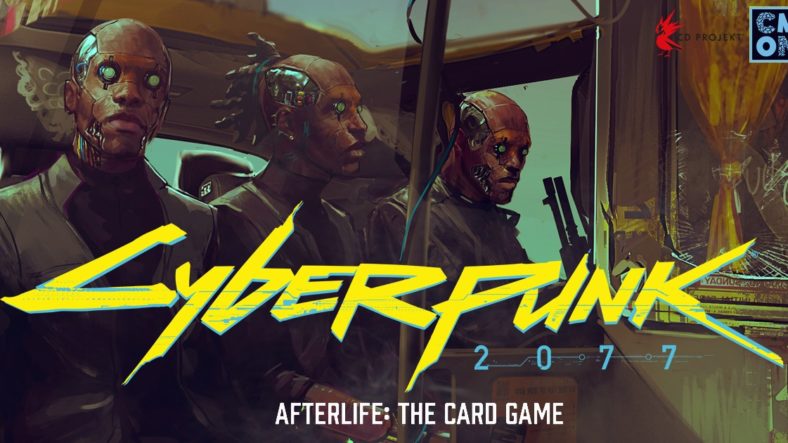 Cyberpunk 2077 is expected to be one of the hottest game titles of 2020, perhaps of all time even. It is highly sought after by both console and PC gamers, perhaps coinciding with the launch of the next-gen Playstation and Xbox consoles next year.

The highly anticipated upcoming RPG will also get a little brother in the form of a stand-alone card game that will have characters from the storyline. Much like the Gwent manages to separate itself from the Witcher series.

The game will be called Cyberpunk 2077: Afterlife and news just hit it will be launched in the same year as the main game, which will be 2020. This means fans will have more content blasted in their faces at once. As there is potential to create some sneaky links between the games, by offering a card description on a mysterious character or location from the main game.

Afterlife should prove to be a pleasure to play on its own, as was Gwent. The game will further benefit from the fact that it will run by award-winning designer Eric Lang. The game designer did a great job with a similar card game for the Bloodborne RPG and he did not have the benefit of already having a built-in game, like Gwent in the Witcher 3.

New purpose for the player

CD Projekt Red has given us a description of the game and the function of the player. The devs will give the player a sort of role within the universe. This will take the form of a Fixer, a sort of shady figure from the Night City underworld that occupies himself with recruiting all sorts of thugs and sending them out on missions, armed to the teeth.

This means that the player can actually be a little more immersed in the action, which is made quite difficult in a card game. But the concept is fun, believing that you’re a kingpin in the underworld and the resources you collect actually serve a purpose.