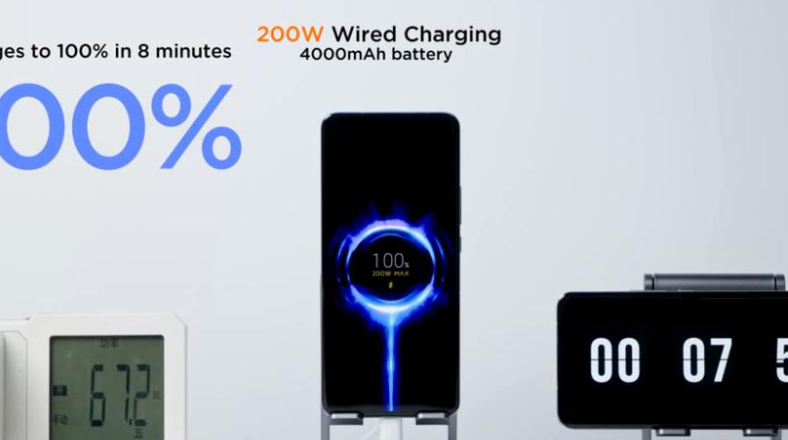 Xiaomi recently unveiled its new fast charging technology for smartphones on 200W. Thus, an ordinary smartphone with a 4,000 mAh battery can be fully charged in just 8 minutes from 0 to 100%. Basically, this eliminates the charging time almost completely, being able to have the phone battery all the time, or being able to fully power it anywhere and immediately. However, it seems that there are also negative effects of fast charging: the life of the battery decreases considerably.

The Chinese company posted on its Weibo account answers to fan questions, mentioning that the battery charged at 200W will be able to degrade faster than those that do not charge so fast. According to Xiaomi, 800 charging cycles at 200W should decrease the battery capacity to around 80% of capacity. The company says 800 charging cycles should be a regular use for about two years.

However, it seems that the degradation does not increase significantly with the load power. A year ago, Oppo announced its 120W charging technology. At the time, the company warned of something similar: in two years, the battery could degrade to 80%. In comparison, a 65W fast charging phone should suffer less degradation, at 91% of capacity.

Of course, charging cycles are not the only thing that affects the durability of a battery. Charging lithium-based batteries to the maximum for long periods or fully discharging them also contributes to operating temperatures. Thus, depending on the style of use of the device, despite a low number of charging cycles, degradation may be more pronounced than suggested by manufacturing companies based on laboratory tests.