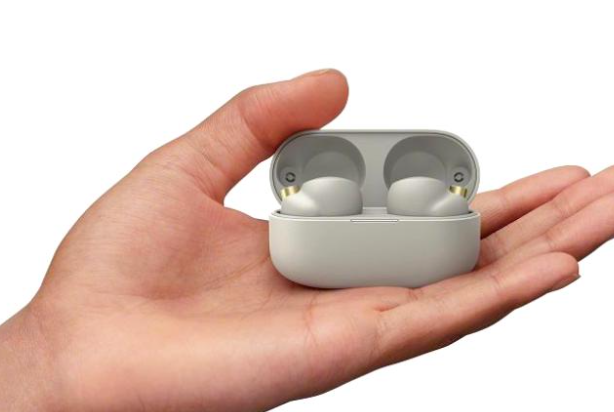 Sony has announced the new true wireless headphones WF-1000XM4. They do not have a very easy name to remember, but they represent an upgrade in design and functionality compared to the XM3 generation, launched in 2019, considered by many as the best pair of true wireless headphones, even after the launches of other companies in recent years. The WF-1000XM4 brings extended autonomy, a more compact design and better ambient noise cancellation.

In the official announcement, Sony says the new WF-1000XM4 headphones include a new sound processor called the V1, which is responsible for canceling background noise, providing what the company says is “the highest noise level in the industry.” Ambient sound is captured using dual sensor microphones, with both front and rear orientation on each headset.

But not only the noise cancellation is improved, but also the sound quality. Already the WF-1000XM3 had a strong and rich sound, but the XM4 generation comes with 6mm diameter speakers, 20% larger. Thus, not only the volume is higher, but also the low frequency playback. Passive insulation also helps to improve sound, with new polyurethane foam plugs now being used instead of rubber plugs, which completely cover the ear canal without discomfort.

The headphones are compatible with the Hihg-Resolution Audio Wireless standard, thanks to Sony LDAC technology, which allows the transmission of sound at a speed of 990 kbps via Bluetooth. Sony also integrates DSEE (Digital Sound Enhancement Engine) technology, which improves real-time audio playback, even if the played files are not of a very high quality, being able to better process individual elements of the song, such as voices or dynamic sound range, which it is lost through compression.

As with the Sony WH-1000XM4 headphones, the company’s over-ear models, and the WF-1000XM4 use Speak-to-Chat technology, which automatically interrupts playback and switches to ambient mode, which allows sound to enter if you enter -a conversation with someone. This way, you don’t have to take the headphones off or stop playback manually. Another function taken from the over-ear model is Adaptive Sound Control, which adjusts the playback from the headphones according to the environment in which the user is. And the voice will be picked up at a high quality in conversations, thanks to the microphones that are used in tandem with a bone conduction sensor, which also picks up the sound.

Sony’s new true wireless headphones are also suitable for sports activities, being resistant to water splashes to the IPX4 standard. And for Android phone users, the WF-1000XM4 headphones come with a very interesting feature: Fast Pairing from Google, which allows you to connect and find native headphones, similar to what Apple does with AirPods. Moreover, there is compatibility with Microsoft Swift Pair, a similar technology for Windows users.