Home News Xiaomi demonstrates HyperCharge: from 0% to 100% battery in 8 minutes 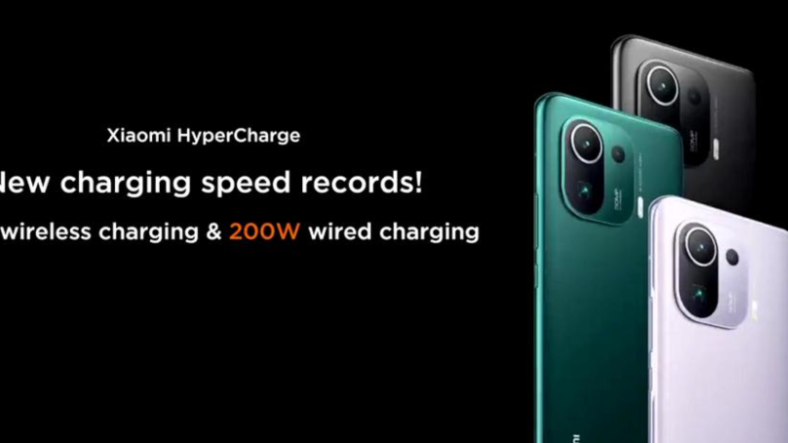 Xiaomi HyperCharge compatible phones can be charged up to 200W via USB-C, or 120W in wireless mode.

Although Lithium battery technology has not fundamentally changed, smartphone manufacturers have found ways to significantly accelerate charging speed. Among the methods found are the use of more efficient power circuits and cooling systems that prevent the accumulation of heat in the battery area. At the same time, some manufacturers have divided the battery into two or more cells that can be powered in parallel, without forcing too much charging current.

Xiaomi was one of the first companies to demonstrate USB-C charging at 100W, with the manufacturer finally delivering a 120W implementation for the top of the range Xiaomi Mi 10 Ultra.

Called HyperCharge, the new fast charging technology approaches the physical limits of the USB-C connection, delivering up to 200W of charging power. Given the use of a modified version of the top of the range Xiaomi Mi 11 Pro, equipped with a 4000mAh battery (compared to 5000 mAh in the retail version of the phone), the charging time 0% -100% is only 8 minutes.

Xiaomi does not provide technical details, but we can assume that limiting capacity is an inevitable compromise to achieve the stated charging speed. For example, we already know that Li-ion batteries reach the best speeds up to the 80% charge area, the simple hiding of the superior capacity allowing the considerable shortening of the waiting time, with major beneficial effects on the longevity of the battery.

It will probably take some time for Xiaomi to deliver HyperCharge technology to consumers, the use of a 200W charging power coming with not negligible risks, on the safety side.