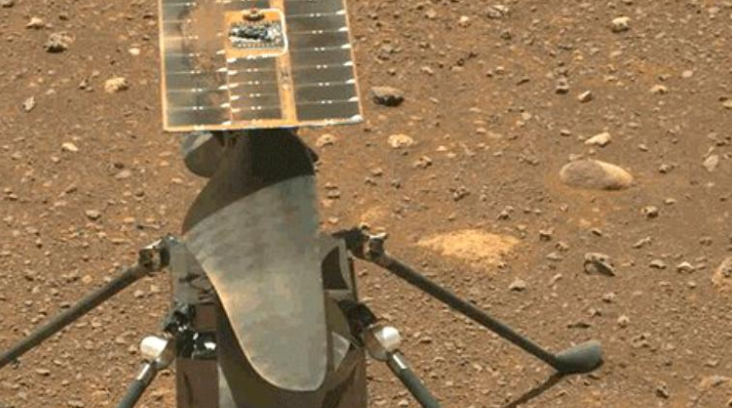 Launched by NASA in July 2020 and delivered safely to the surface of Mars in February 2021, the Perseverance rover set off accompanied by Ingenuity, the first drone-helicopter designed for controlled flight in the atmosphere of another planet.

NASA engineers have been working for several years on the design of an aircraft capable of operating in the atmosphere of Mars, in order to attach it to a future Martian rover. Although, now that the fact is fulfilled, it seems simple, in reality the challenge was truly monumental. On the one hand, the researchers waited for a rocket strong enough to deliver enough heavy and bulky “luggage” to Mars to include the experimental aircraft. Compared to the Perseverance rover, almost as big as a car, Ingenuity has dimensions and weight comparable to a commercial recreational drone.

The plan was that, once detached from the Perseverance rover, the Ingenuity drone would make an initial test flight, and after the initial success, other flights would be planned in the Martian atmosphere, with long breaks to recharge the batteries.

Unable to return to the launch pad, the Ingenuity helicopter is “doomed” to eventually be abandoned, leaving the Perseverance rover to continue its exploration mission.

Already undergoing an unforeseen software update and with endurance tested over several Martian nights at temperatures down to -90 ° C, the solar panel and integrated thermoregulation systems managed the first controlled flight, gliding at a altitude of about 5 meters for 30 seconds. With the batteries recharged by the sun, Ingenuity will surely fly again, transmitting pictures, videos and scientific measurements that will add to the baggage of knowledge we already have about the planet Mars.

For now, we can celebrate the truly historic success of the first controlled and self-propelled flight performed by an aircraft in the atmosphere of another planet.

Weighing about 2 kg, the aircraft propelled by two propellers rotating in opposite directions was initially tested in a vacuum chamber, simulating the very rarefied atmosphere of Mars. With multiple tests performed in an atmosphere of carbon dioxide with less than 1% of the Earth’s density, the robotic helicopter has shown that it can support its own weight in controlled flight. In addition to the Martian atmosphere, scientists also simulated the much reduced gravity of the red planet, accounting for only 38% of the Earth.

The aircraft can be programmed by NASA engineers to fly on predetermined routes based on observations made by the Perseverance rover, direct control not being possible in real time, the radio signal transmitted from Earth at the speed of light taking several minutes to reach its destination.